Reprint in The Misbehaving Dead - The World Doesn't End, Even When it Should

One of my absolutely favourite things about selling to anthologies is getting the contributor's copy -- and I'm loving this one! 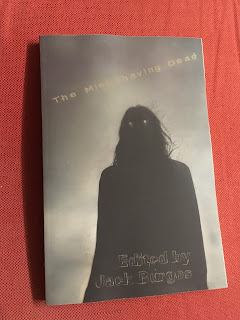 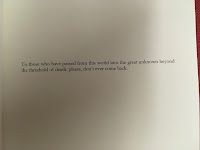 The Misbehaving Dead from A Murder of Storytellers features a feast of marvellous zombie stories, including my 'The World Doesn't End, Even When it Should', in which zombies are a commodity to be used, rather than a monster to be feared.

Yes, it was morally ambiguous. Potentially blasphemous, depending on your religious affiliation (although what was Lazarus, really, if not a zombie?) and, of course, highly illegal. But since when had any of that stopped anybody? Lucy wasn’t some kind of anarchist—she believed in the need for rules and principles as much as the next civilised person. But it was her dad. What was she supposed to do? It all looked very different when someone you loved was at stake.

Read the rest in The Misbehaving Dead
Posted by Michelle Ann King at 5:46 PM No comments:

Reprint in The Sirens Call Ezine - Behind Glass

Thrilled to be part of this creepy zombie issue with my story 'Behind Glass'! 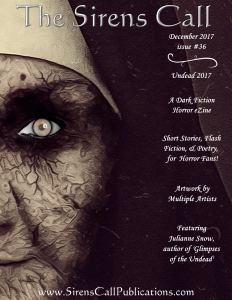 At lunchtime, after four hours of achieving absolutely nothing, Tom decides to pack it in and go home. It’s the firm’s own fault, anyway. Old McKay makes such a fuss over sick time that everyone always crawls into the office no matter what’s wrong with them. And then, what with the dodgy air con recycling all the germs, everyone else immediately goes down with it.

Today, the place looks like a ghost town. Even McKay himself hasn’t shown up, and if that isn’t a sign of the apocalypse Tom doesn’t know what is.


Read the rest in The Sirens Call issue 36,
Posted by Michelle Ann King at 4:15 PM No comments: